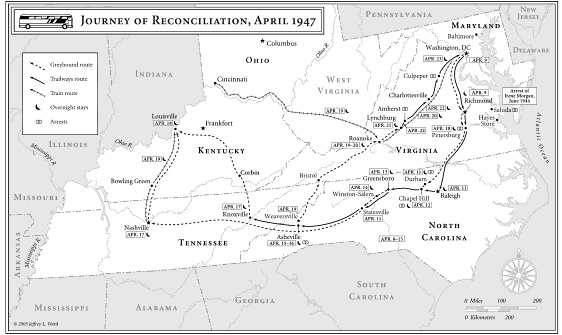 1947 -- The Journey of Reconciliation was the first interracial Freedom Ride. Its goal was to raise awareness for enforcement of the U.S. Supreme Court's 1946 Morgan v. Virginia decision that banned racial segregation in interstate travel.

1909 -- After President Taft met with Congress to discuss reducing tariffs, making good on a campaign promise, the Payne bill was passed by the House. It was soon substituted with the Aldrich Act, which increased tariffs. The consequences hit the publishing industry particularly hard.

Posted by Anonymous at 6:49 PM